“I’m a Barbie girl in a Barbie world. Life in plastic is fantastic…”

Does the above date me? No matter. 🙂 Those who are able to recall that song originally by Aqua will know what I’m doing here. Sorta. Ok, hang on. Why don’t I just get into what I want to muse about? Yes?

So, those who know me pretty well know that, while I appreciate how makeup looks on people, I don’t subscribe to wearing a lot of it. I will usually do some light concealing and then cover up immediately with a light touch of powder. Throw in some mascara and I’m usually good to go. On a day when I REALLY want to gussy up, bring on the eyeliner. That’s the most glam I’ve ever done.

I’m a social media user, not an avid one, but on there, folks can and have seen how I physically look. So they’ve seen me with that light amount of makeup that I just described. That’s some background for you, ok? So check it out. A FUN friend of mine recently introduced me to a certain makeup app with which you can have your appearance virtually modified. How’s it work? You either take a pic right there and then OR you use an image from your gallery and toy around with the various looks available on the app. Feel free to add fake eyelashes, make yourself blonde, shorten your hair, heck, change your eye color on there. I had such fun with it! I saw how I’d look with red hair. It actually fit me and gave me ideas for my next hairstyle. 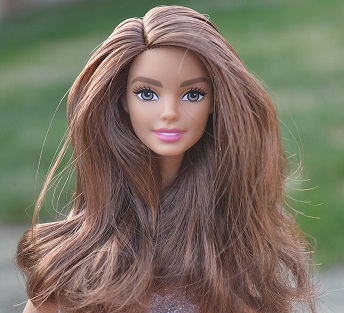 Next, I tried to see what different eye colors would look like on me and with my complexion. Super fun! Having done all that, I decided to help advertise this fun app on my Facebook wall, using a virtual “done up” pic of myself to model it.

My wall blew up. KABOOOOSH! Comments, likes, in from all sides and angles, coming from sources I hadn’t communicated with in yeeeeaars! People seemed blown away by my appearance. I recall being a bit stunned. And yet, not so stunned. Why wouldn’t people be drawn to the virtual and more made up me?

I’m not a cynical person, believe me. So, let me think of the two reasons why there was such a grand reaction. One: the BAM effect. We all have that friend who usually makes little or zero efforts on his/her appearance until one day.BOOM. We see that s/he actually cleans up nice! That’s the BAM effect, well recommended over one overdoing makeup on a daily basis. 🙂 Friendly advice.

Two: a plastic culture. This is the harder one to digest or even explain. It is quite sad. It would mean that, being so used to seeing overly made up and photoshopped creatures, the “normal” ones look….off. For lack of a better word. How often do folks do a double take on a pretty lady (by no means am I sneaking myself in here, lol) who is makeup-free? Contrast that to a chick who shows up and has all the extensions, contoured makeup, fake lashes, etc. on! Admit it to yourself. Which of these two people would grab your attention quicker? Now, the more difficult part: ask yourself why. I ask myself that all the time. What have we become? How did we get here? Can we ever get out?…………

That said, I do someday hope to be given a contoured makeup experience. Just for funsies. And just because I DO like playing dress up! 🙂